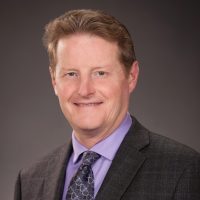 Matthew Long graduated “Order of the Coif” (top 10%) from Pacific McGeorge School of Law in 1990.  He began his career with the Santa Barbara law firm of Mullen & Henzell and then in 1992 he began practicing Family Law as a sole practitioner. In 2000 Matthew received extensive training in Mediation, allowing him to provide this important alternative to litigation. In 2003 he took the first of many trainings in collaborative practice. He became President of the Santa Barbara Collaborative Practice Group in 2007. Matthew is frequently appointed by the Santa Barbara Superior Court as Counsel for the Minor Child. He has served the Santa Barbara Superior Court by volunteered as a Judge Pro Tem for small claims cases and as a settlement master for Unlawful Detainer and Family Law cases. Matthew has four children and one grandson. He enjoys hiking, yoga, and volunteering to staff personal growth trainings for the Mankind Project. Matthew joins the SBWL board for the first time for 2019.